You are here: Home

Driver Integrated with Round Cushions

Driver Integrated with Round Cushions

Basic driver integration with round cushions with variations to account for common loss mechanisms.

To simulate the damping provided by material that usually covers the frame vent holes, a volume absorbency has been prescribed as illustrated below.  This follows a well known empirical model proposed by Delany and Bazely [1], for fibrous absorbent materials. 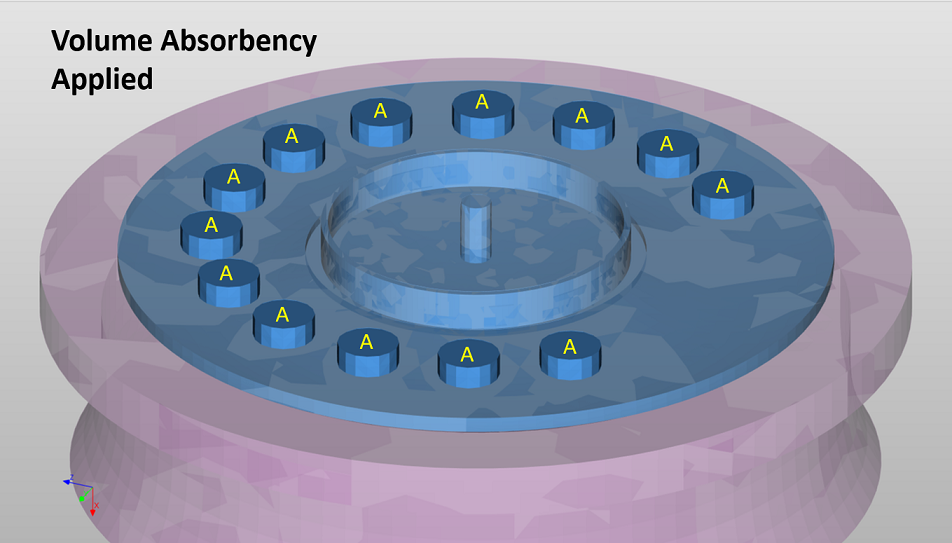 In addition to the frame vent damping, leakage was also modelled by making the enclosed front air (within the cushions) radiate into a real valued boundary admittance.  This is a very simple way to model leakage though does not explicity describe a definable gap.  Note that the microphone nodes are located on this baffle taking a spatial average of SPL's over ~13mm. 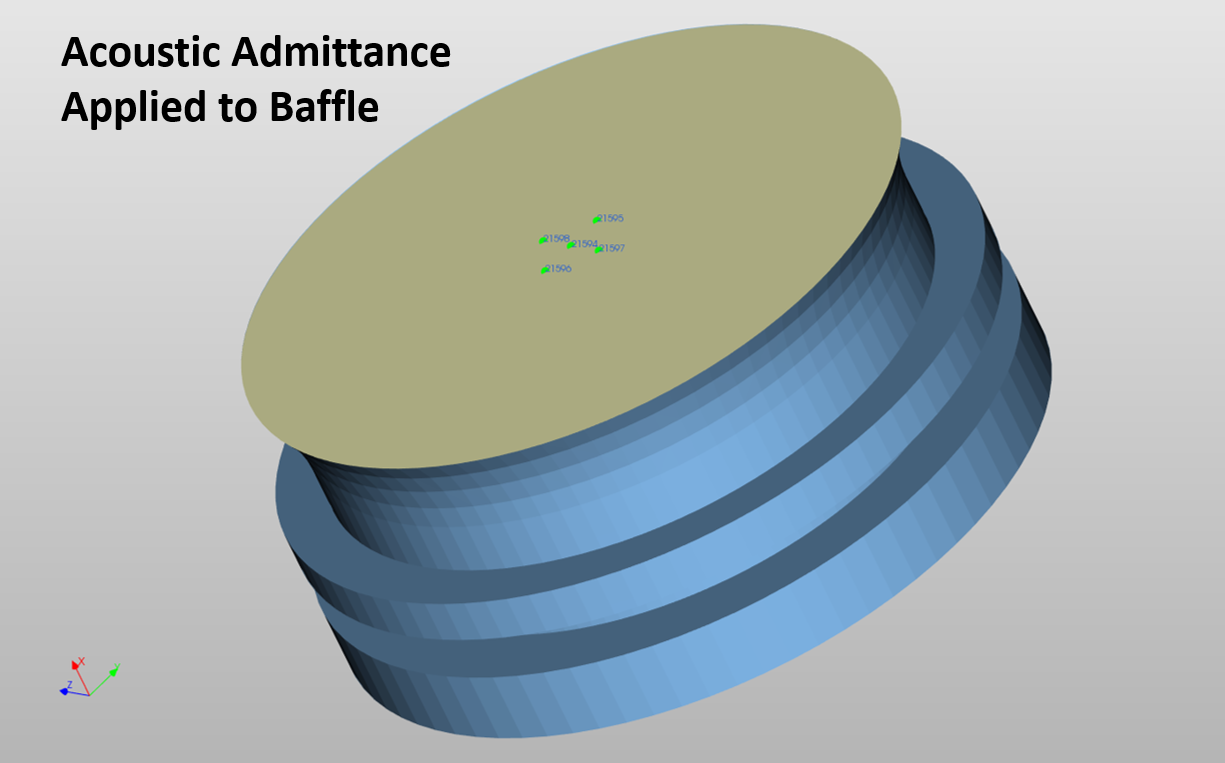 The resulting frequency responses for the round cushioned driver are shown. 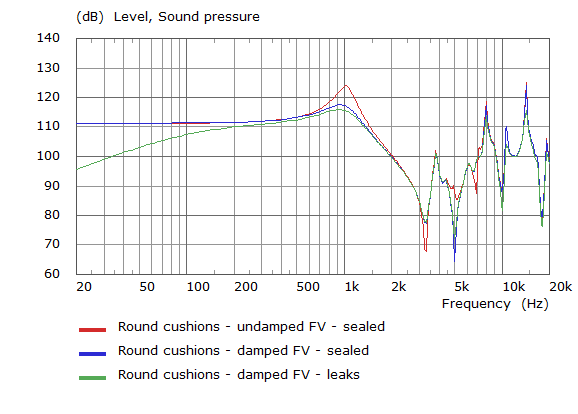 The comparison shows that the effect of damping the frame vents when the driver is enclosed in the headphone application is very different to the baffled driver case.  The response appears to be dominated by the influence of the acoustic system and the biggest difference between open and damped frame vents a suppression of the resonance and ~1kHz and some of the upper modes.

When an admittance boundary condition is used to simulate a general leak in the front headphone cavity in addition to the frame vent damping, the effect is a roll off at the lowest frequencies.  This is because the front enclosure is no longer sealed and pressure is no longer in proportion to driver diaphragm displacement.  This is consistent with experience of using closed back headphones, when poor fitment, or partial removal results in a sharp drop in bass performance.